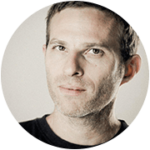 The promo that Shai shot for X-Factor, starring Simon Cowell and Bar Rafaeli, and the promo he shot for the Amazing Race were both awarded with prestigious prizes at Promax, the international conference in Los Angeles.

Shai’s commercial work includes spots for the largest and most well-known brands in the Israeli market.