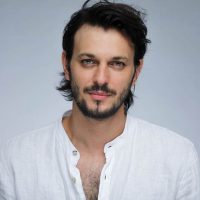 Adi is a director - a creator with a unique and original vision.

Adi's personal touch can be felt in his work, a sensibility spiced with sharp humor and whiffs of action and adventure films.

Adi got his start in film and television as a young actor who worked nonstop in a range of productions, as well as in the theater, and aways to great acclaim. He's a graduate of the Nissan Nativ Acting Studio, 2013.

His inquisitive nature, combined with his passion for computers and after effects, led him to seek expression behind camera, in the world of editing (offline and online). From there it was a natural step into the director's chair.

His vast and varied experience accumulated over many years as an actor and editor gives him a big advantage as a director in terms of seeing the picture from multiple angles and points of view.